Tagum resettlement site for homeowners affected by the Mindanao Railway

The City of Tagum will acquire a property for use as a relocation site for individuals who will be displaced by the Mindanao Railway. The city published Solicitation Number 300-20-12-0294 on the official government procurement portal (PhilGEPS) on January 6, 2021.

The solicitation, described as "Procurement of Goods: Surveying Service for the use of DOTR (Mindanao Railway Project Tagum-Davao-Digos", published a 7 day contract, worth P150,000, to survey the boundaries of a 44,699.00 sq.m parcel of land in Purok Abaca, Brgy. Mankilam, Tagum City.

The scheduling closing date for the bid invitation was on January 11, 2021. 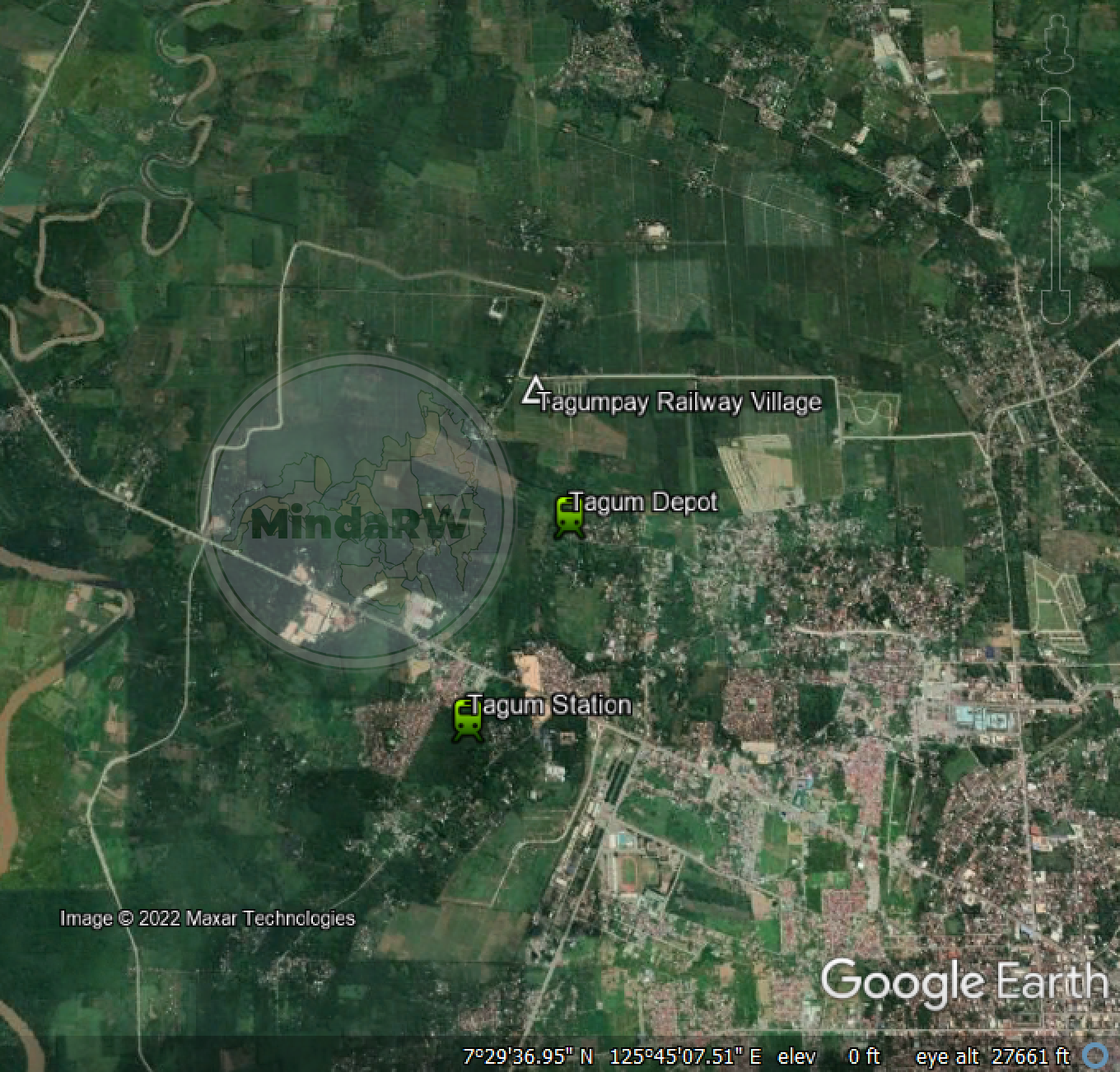 Update - 13 March 2021: The resettlement site in Tagum will be known as the "Tagumpay Train Village". The City of Tagum shared this on their Facebook page when it revealed that the Mindanao Railway Project-Technical Working Group was discussing Terms of References for Land Development of the project.

Update - 04 March 2021: The City of Tagum posted on their Facebook page that acquisition of the resettlement site was undergoing legal review.

Update - 24 March 2021: The City of Tagum posted on their Facebook page that the land owners of the proposed resettlement site for the proposed Tagumpay Train Village had signed the Dee of Absolute Sale. This took place at the 10th Monthly Coordinative Meeting, with members of the DOTr Technical Working Group and the Coordinating Committee headed by Mayor Allan L. Rellon in attendance. Assistant Secretary Eymard Eje was also in attendance. 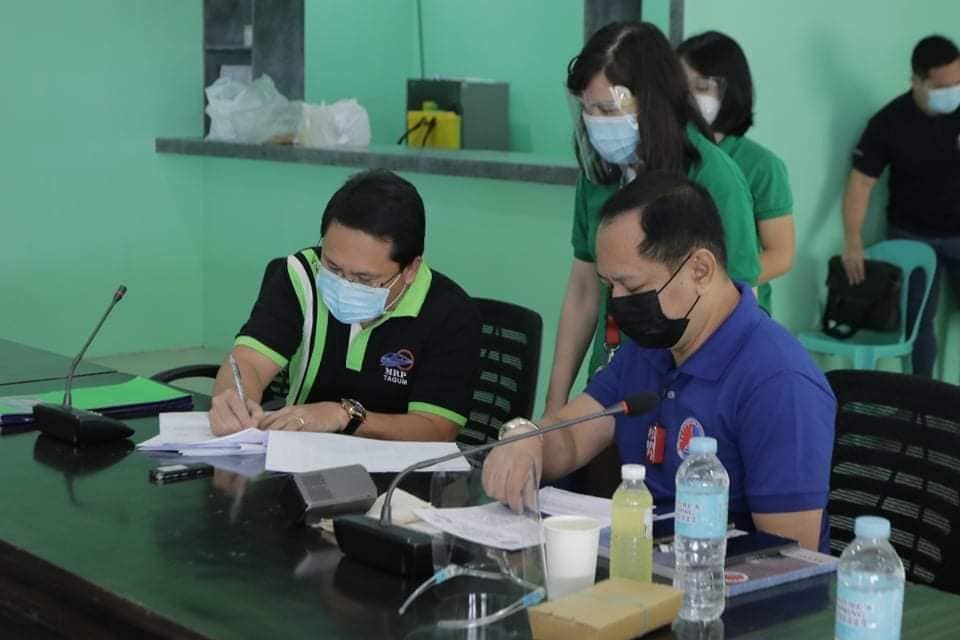 Update - 10 May 2021: The City of Tagum has started paying the owners of the property that will be used for the MRP resettlement site in Tagum. The Mindanao Railway Project Office in Tagum revealed this on its official FB page along with the following photograph. The office's statement also revealed that the Tagumpay Railway Village resettlement site is located at Purok Abaca in Barangay Mankilam and is expected to cater to more than 300 families. 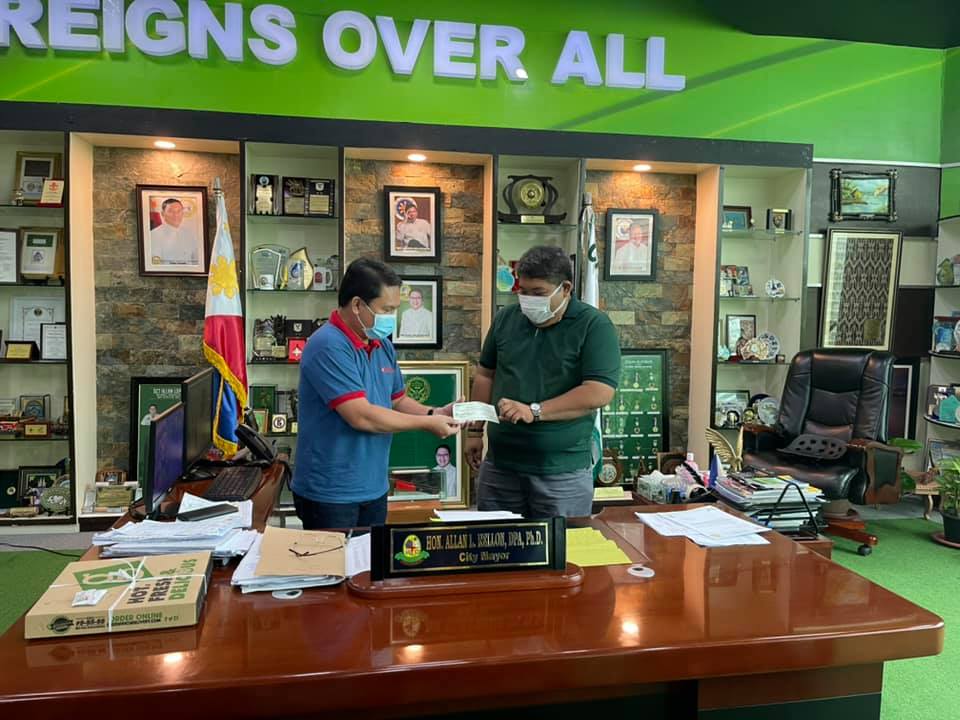 Update - May 28, 2021: The Tagum MRPO posted the following sign indicating the location of the Tagumpay Train Village on their FB page. 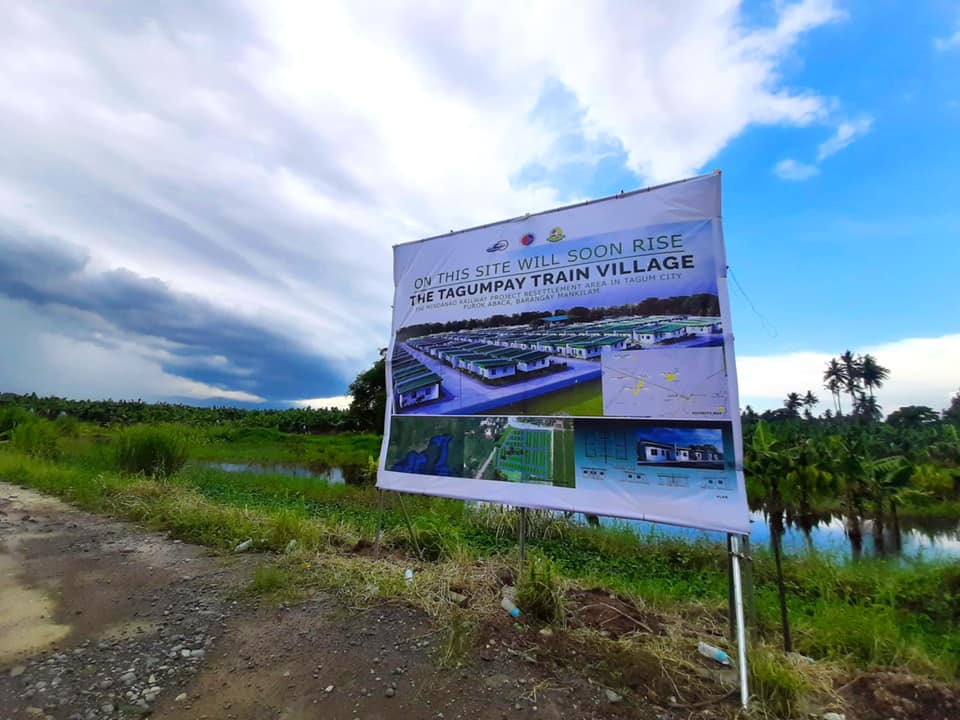 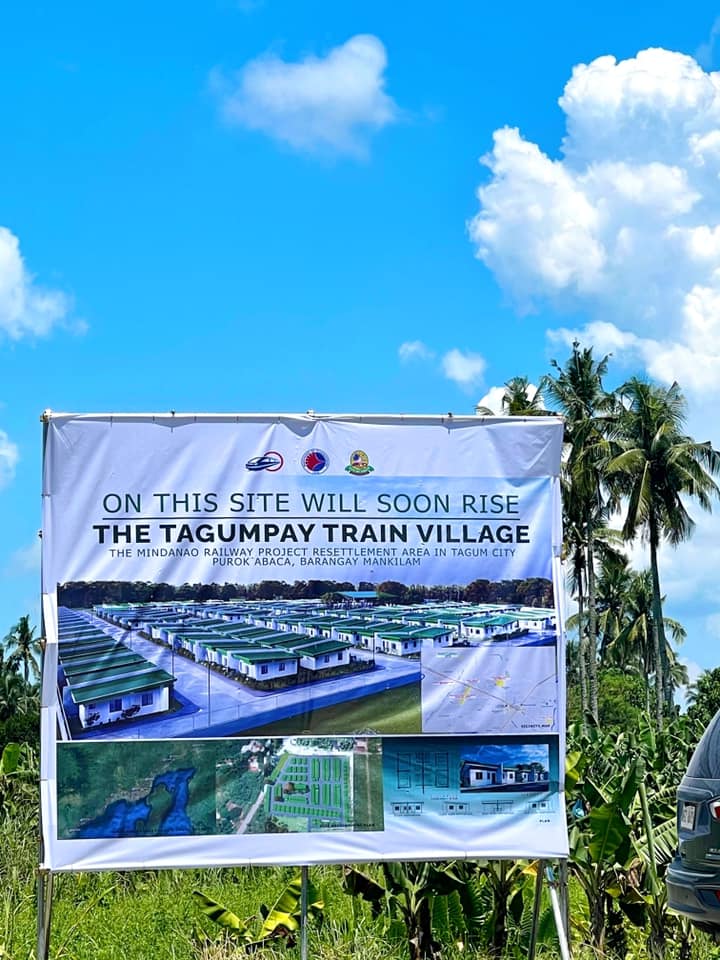 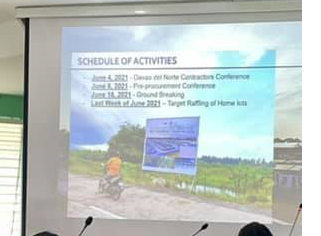 Update - June 4, 2021: A contractor posted the following image of the contractor's conference. However the Facebook page preferred not to identify itself. Out of respect for this preference, a link to the page has been omitted from this update. All photos here are c/o of their owners. 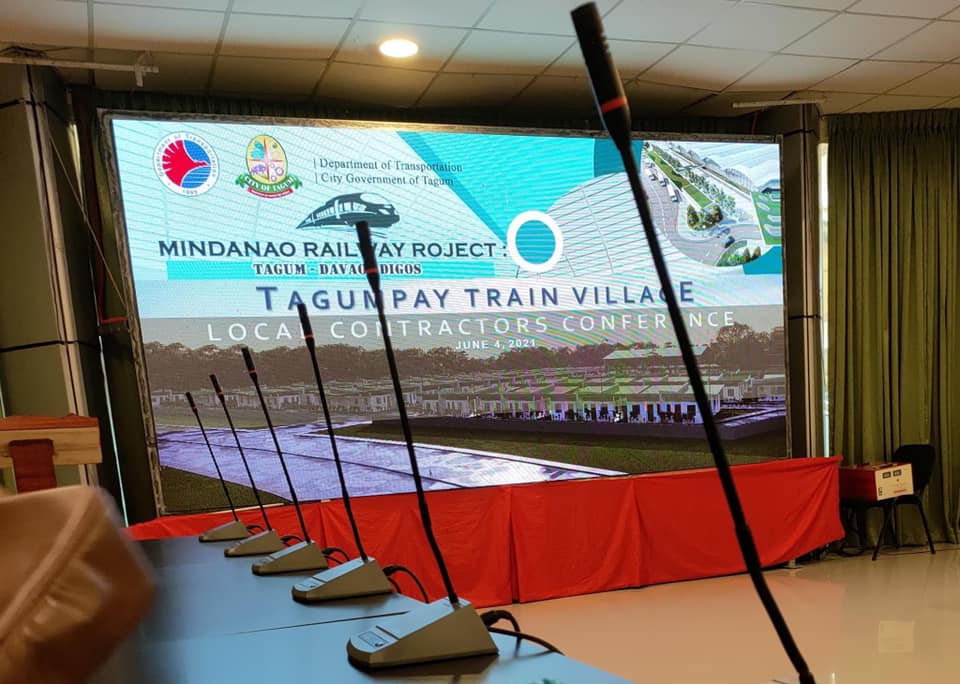 Update - March 15, 2022: The Tagum City General Services Office held a pre-bidding conference for what its FB page described as:

Supporting documentation for this invitation to bid included the following timetable for construction of the resettlement site.

The bid documents also provided the following useful information about the site. Click the images to enlarge.

The groundbreaking ceremony for the Tagumpay Train Village took place on 22nd of June 2022. The image below is a screen capture of the ceremony, showing the dropping of a time capsule for the project. The banner for the event is shown in the background. 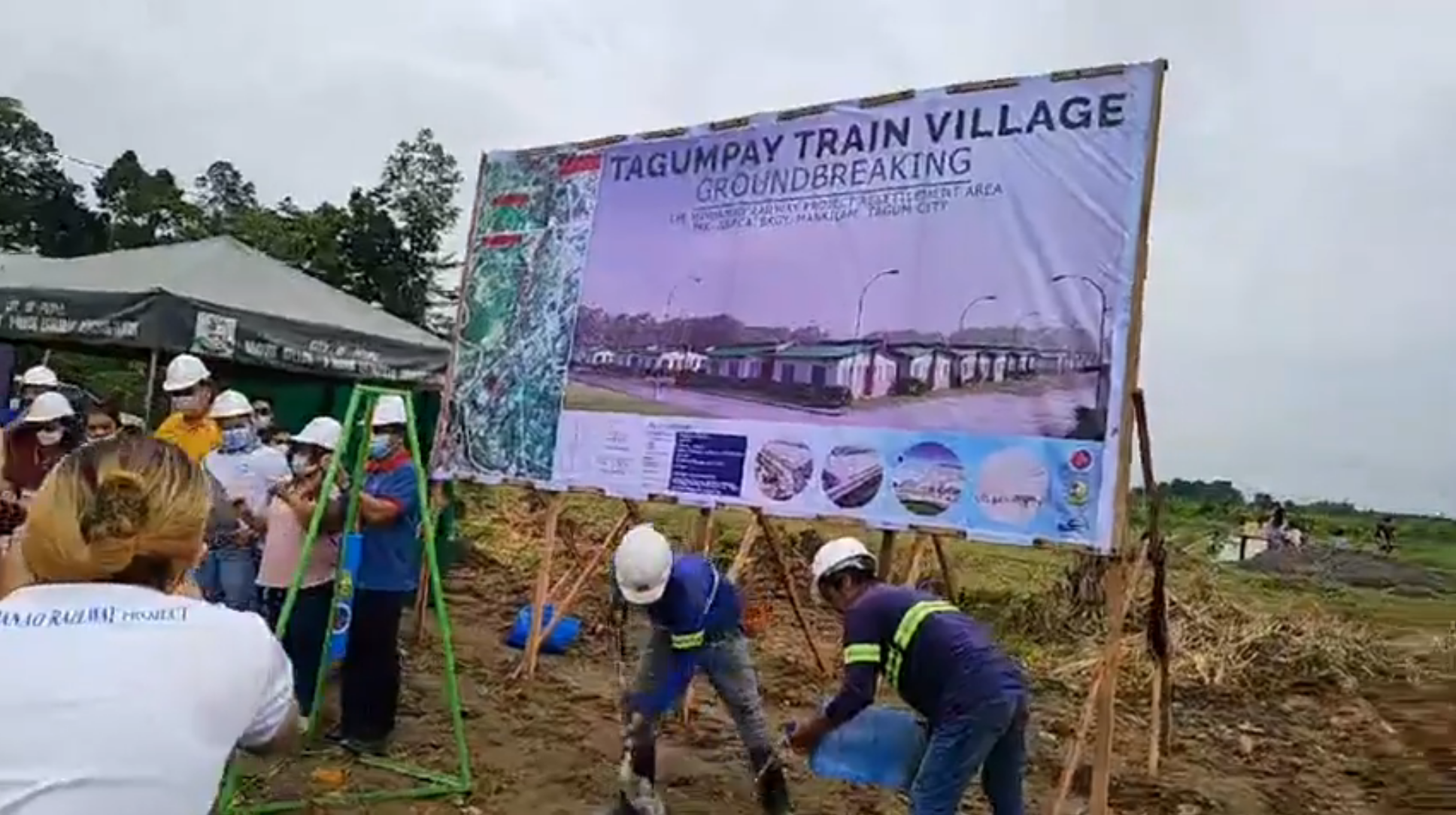 Update - September 2, 2022: The MRP shared the following photographs with the Mindanao Railway Watchers community on the 2nd of September. The photos were taken on the 27th of August. 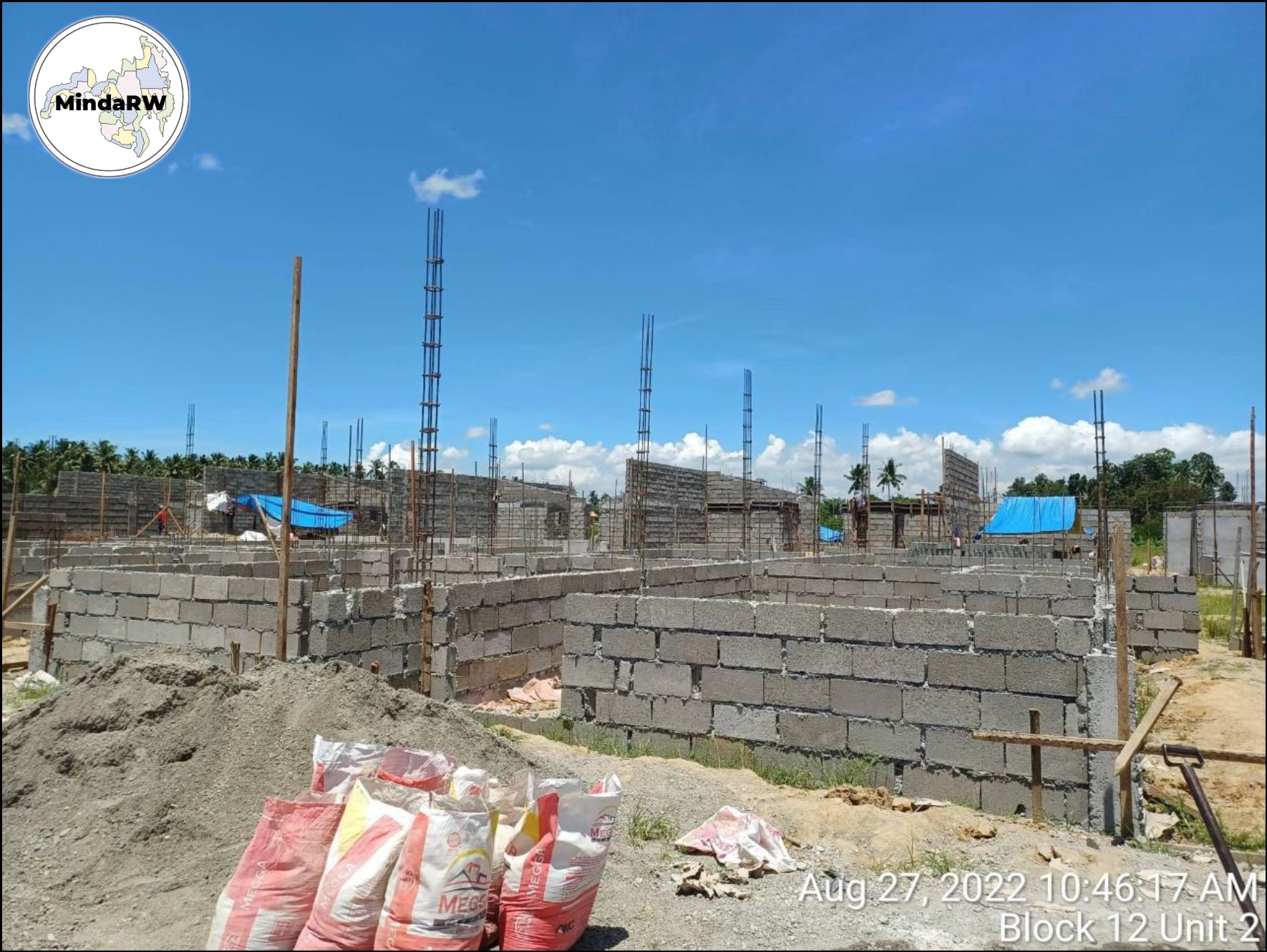 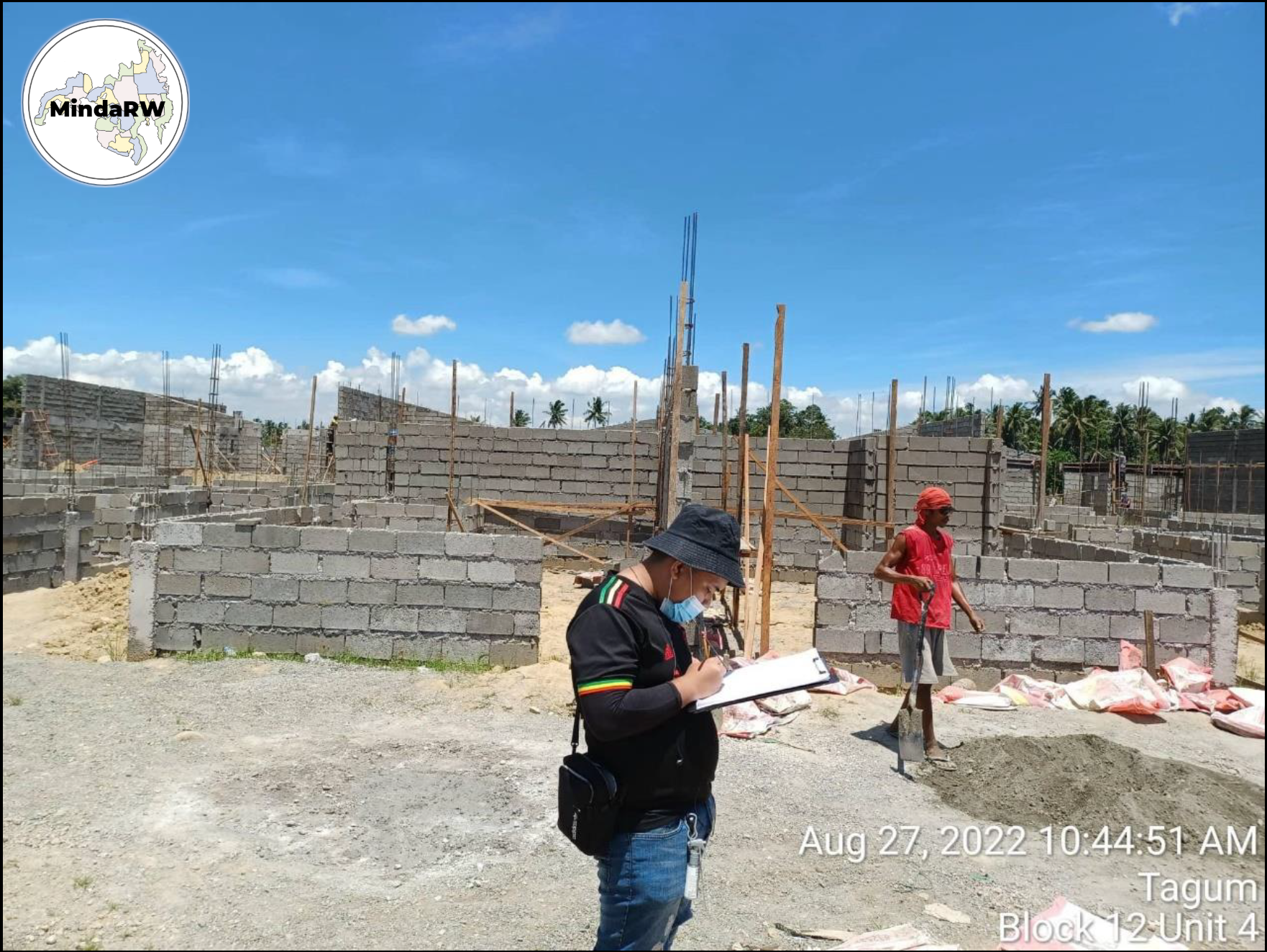 Update - October 7, 2022: The City of Tagum, Department of Transportion (DOTr) and Department of Human Settlements & Urban Development (DHSUD) inspected the construction site on October 7, 2022. The Tagum LGU  posted the following photographs on their official FB page. 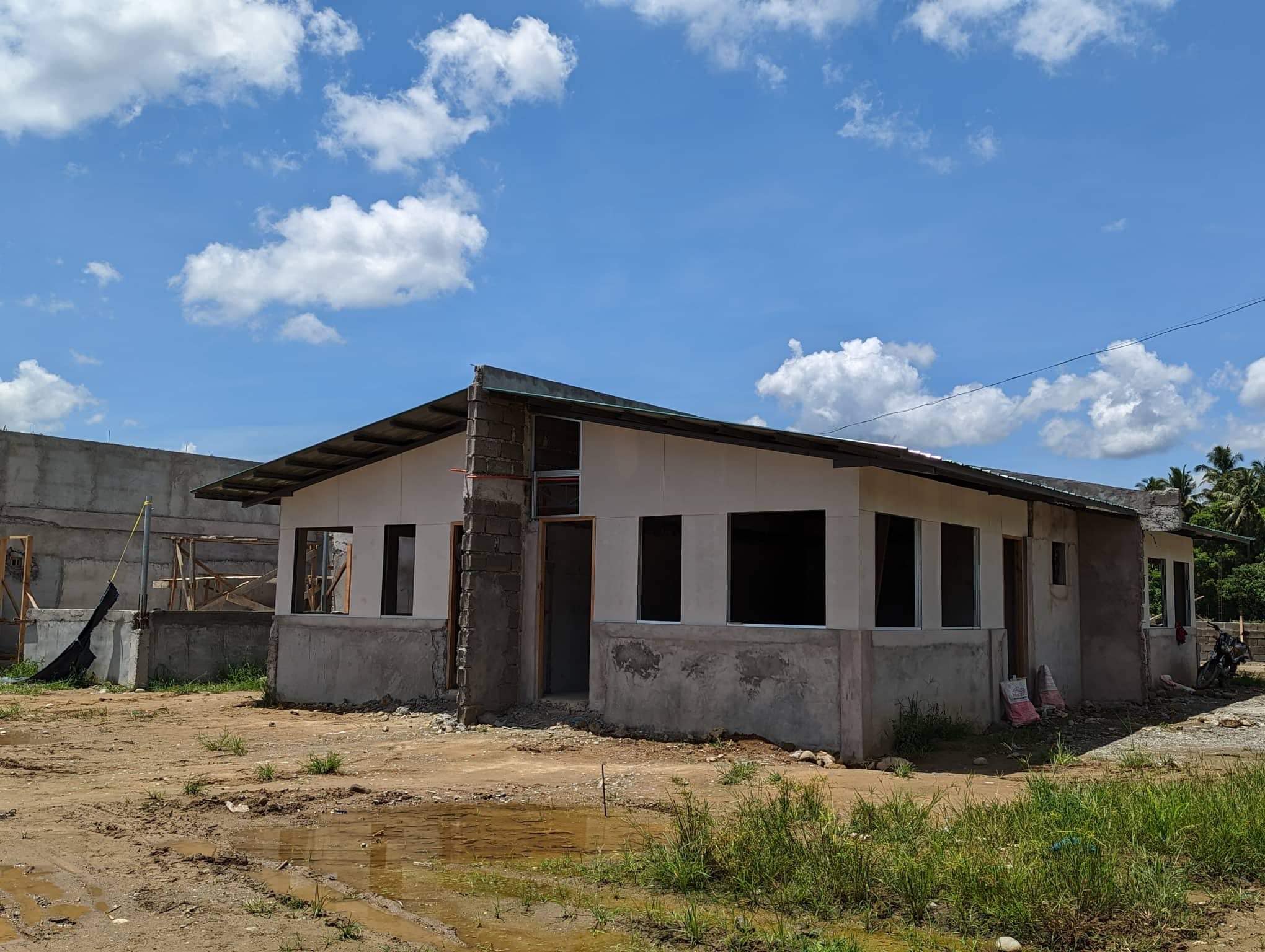 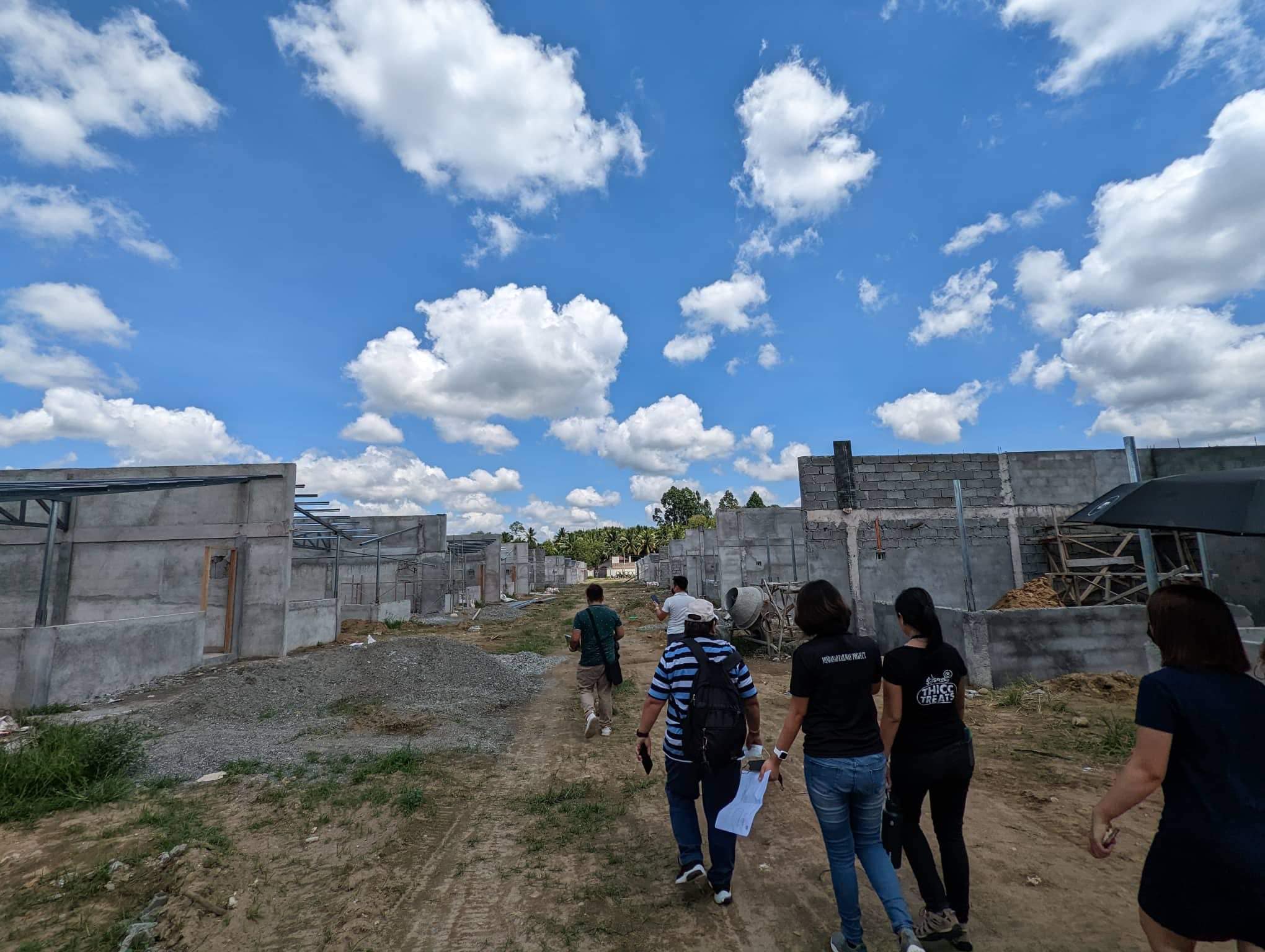 The DHSUD posted the following on their FB page. 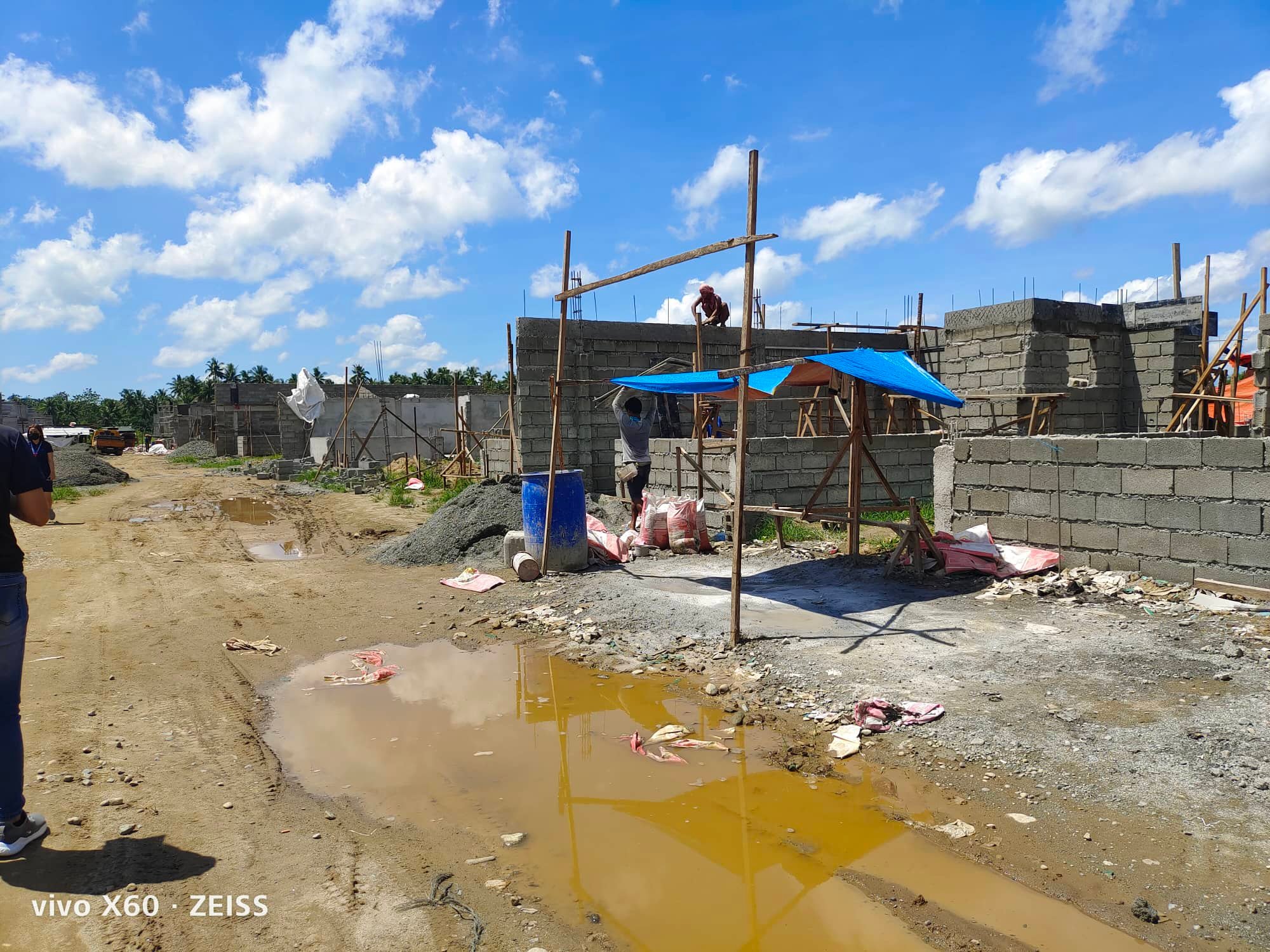 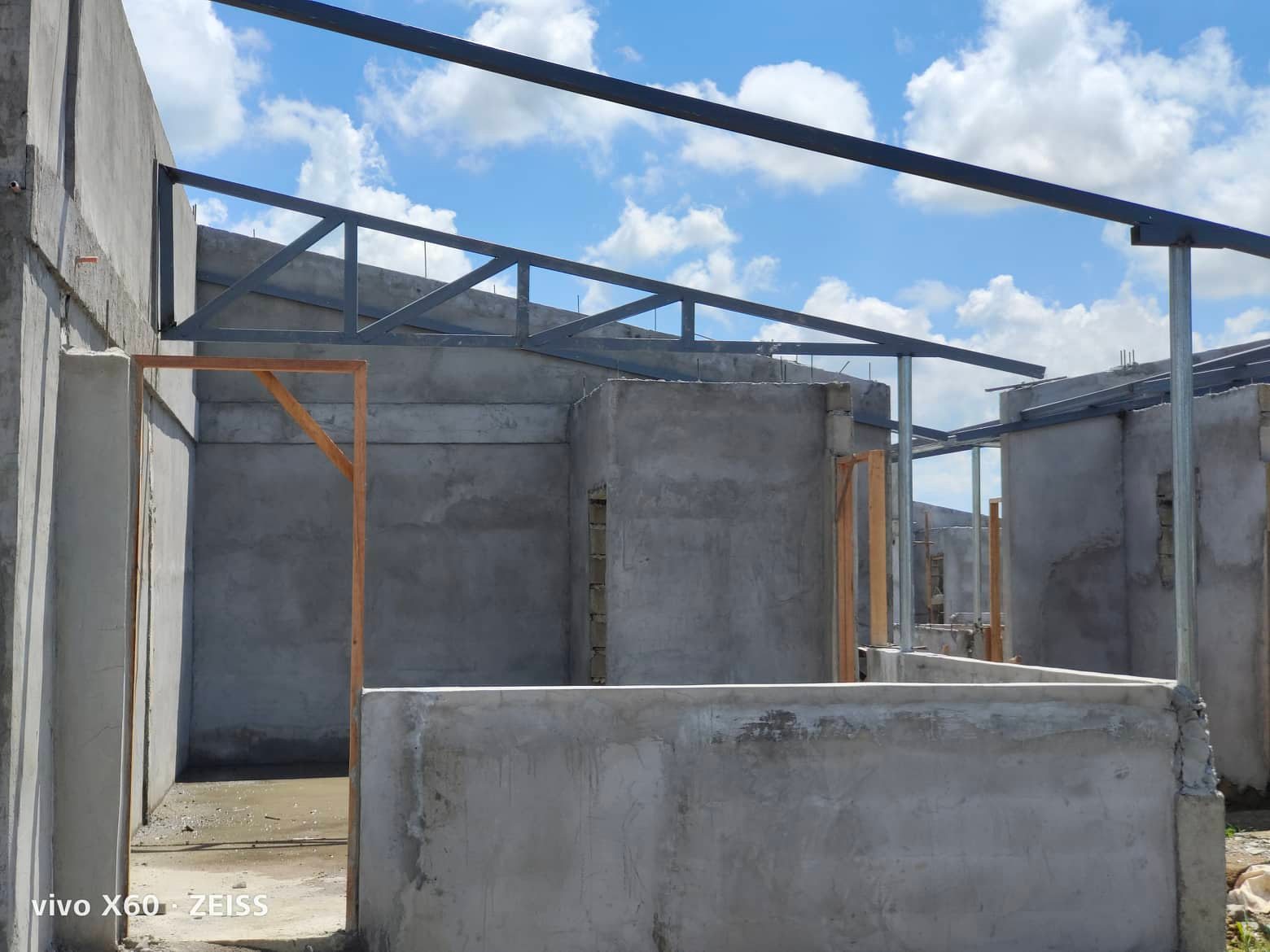 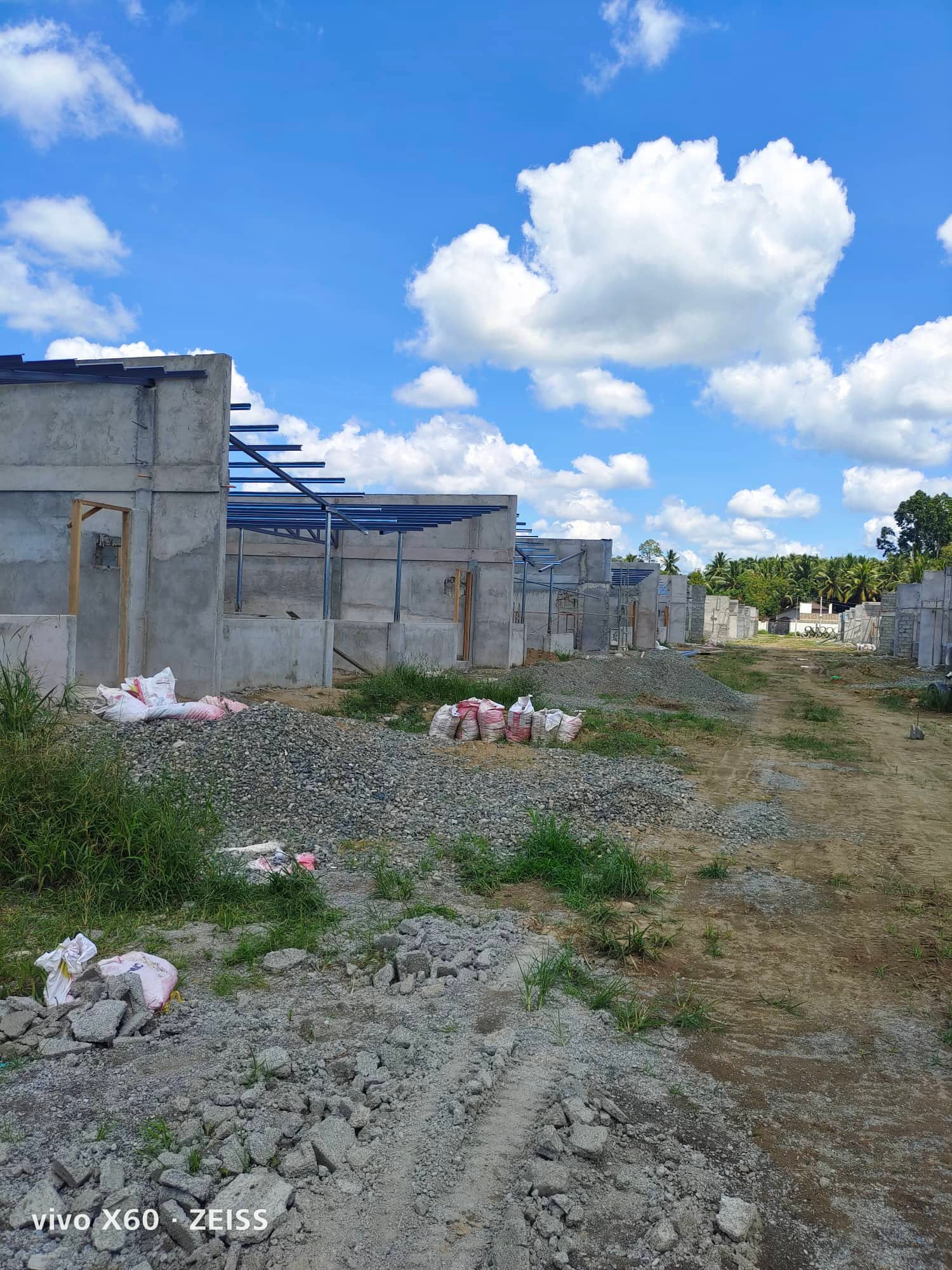 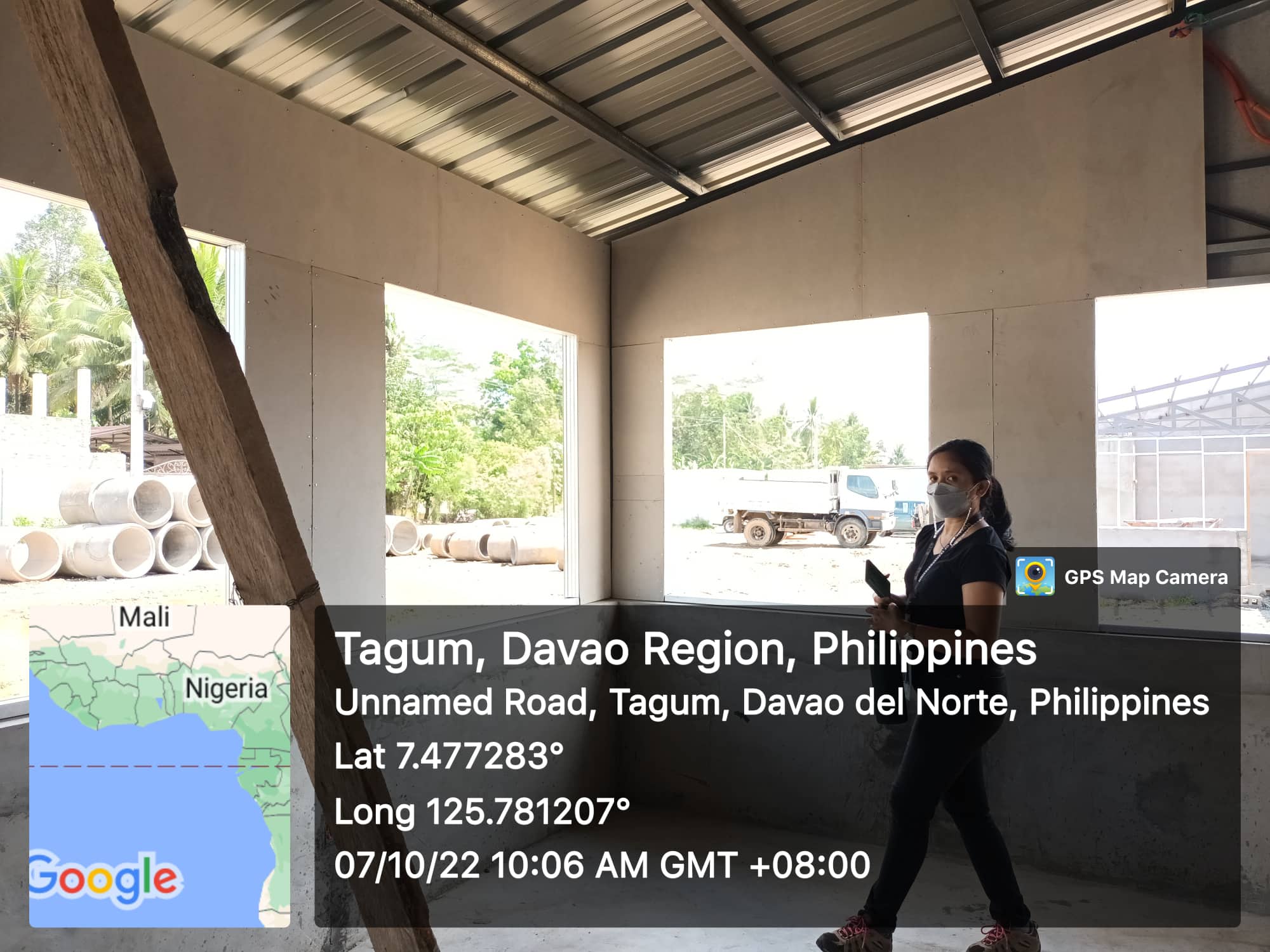 The following drone images, shared with the the MindaRW community in October, captures the progress of construction. As seen from the air. 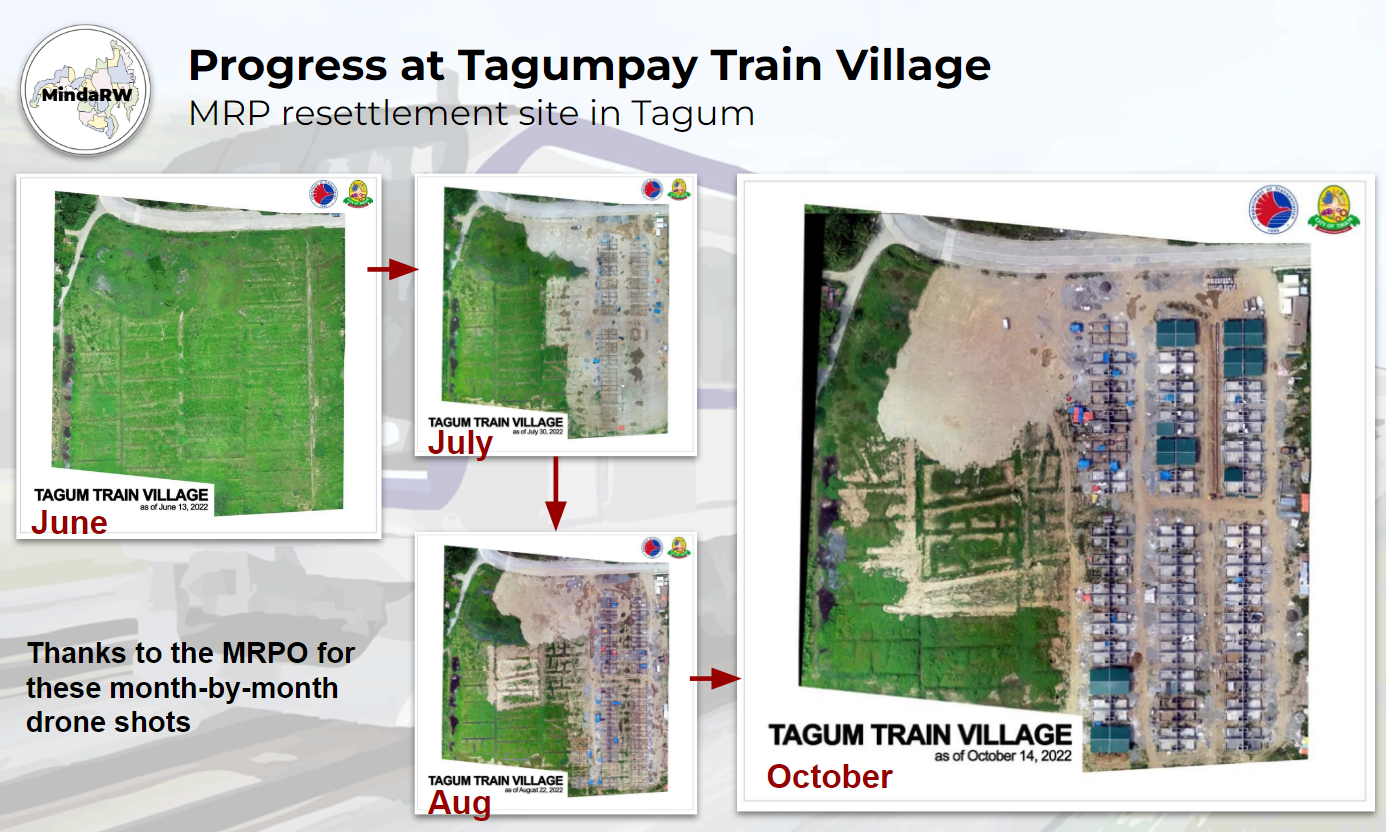