On June 28, 2021, National Housing Authority (NHA) Region XI confirmed to Mindanao Railway Watchers that the City of Panabo has sought assistance from the NHA to develop resettlement sites. NHA will handle land development and housing construction. The LGU will handle land acquisition as well as pre and post relocation activities.

This approach to resettlement is different from the one chosen by the City of Tagum, which has opted to own the resettlement site selection and constructions all by itself. See here for details.

This article will monitor the progress of this effort, which is critical to achieving the goal of making the Panabo-Carmen segment of MRP - Phase 1 operational before the end of the current administration's term. 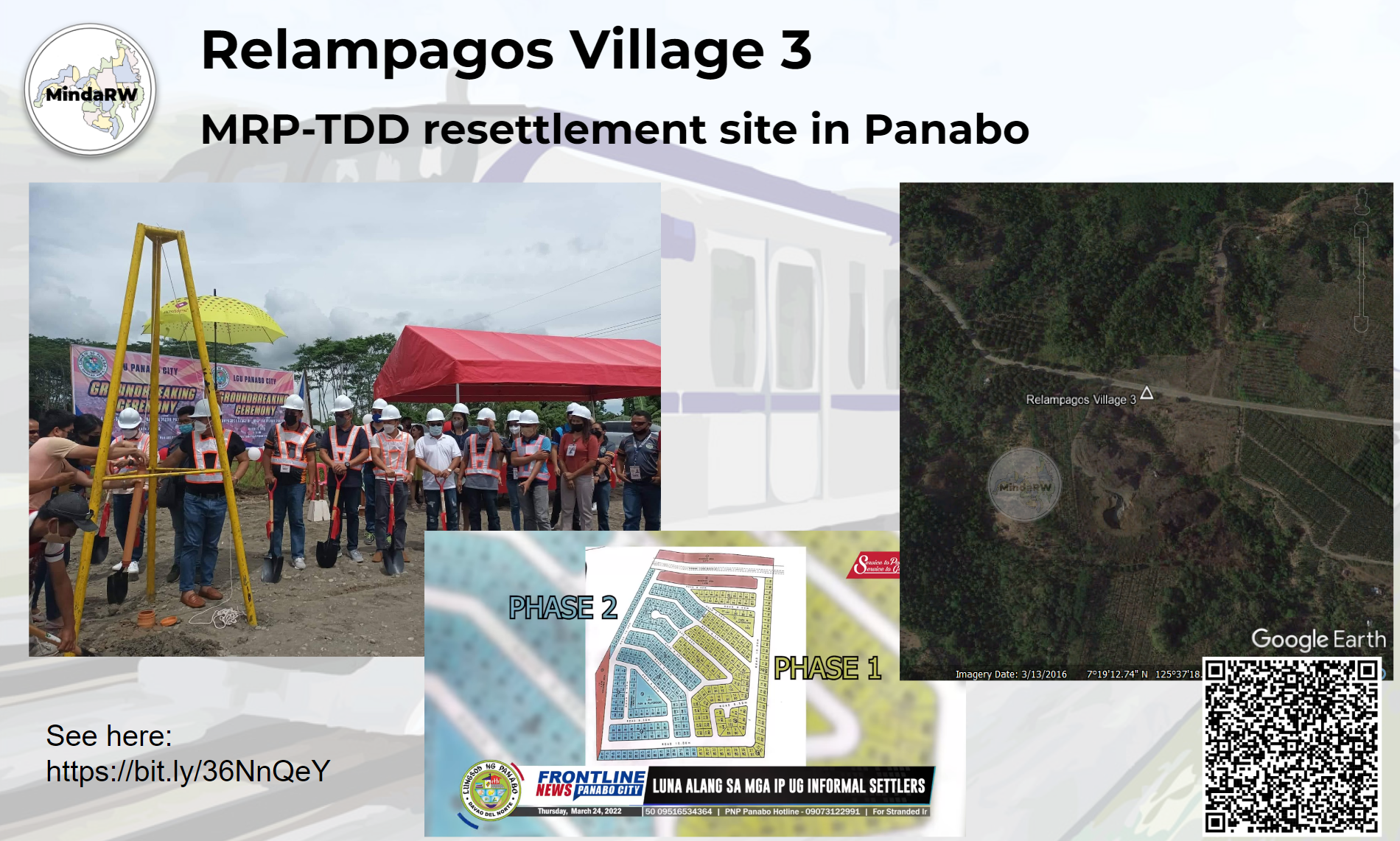 The Panabo Housing Section revealed on its FB page that it has, thus far, performed to batches of site inspections for candidate site. The locations of these sites, however, were not revealed.

On March 23, 2022, the City of Panabo held a ground breaking ceremony for its resettlement sites for informal settlers affected by the Mindanao Railway Project and other relocation activities. The site, dubbed Relampago Village 2 & 3, appeared on the Department of Human Settlements and Urban Developments FB page below.